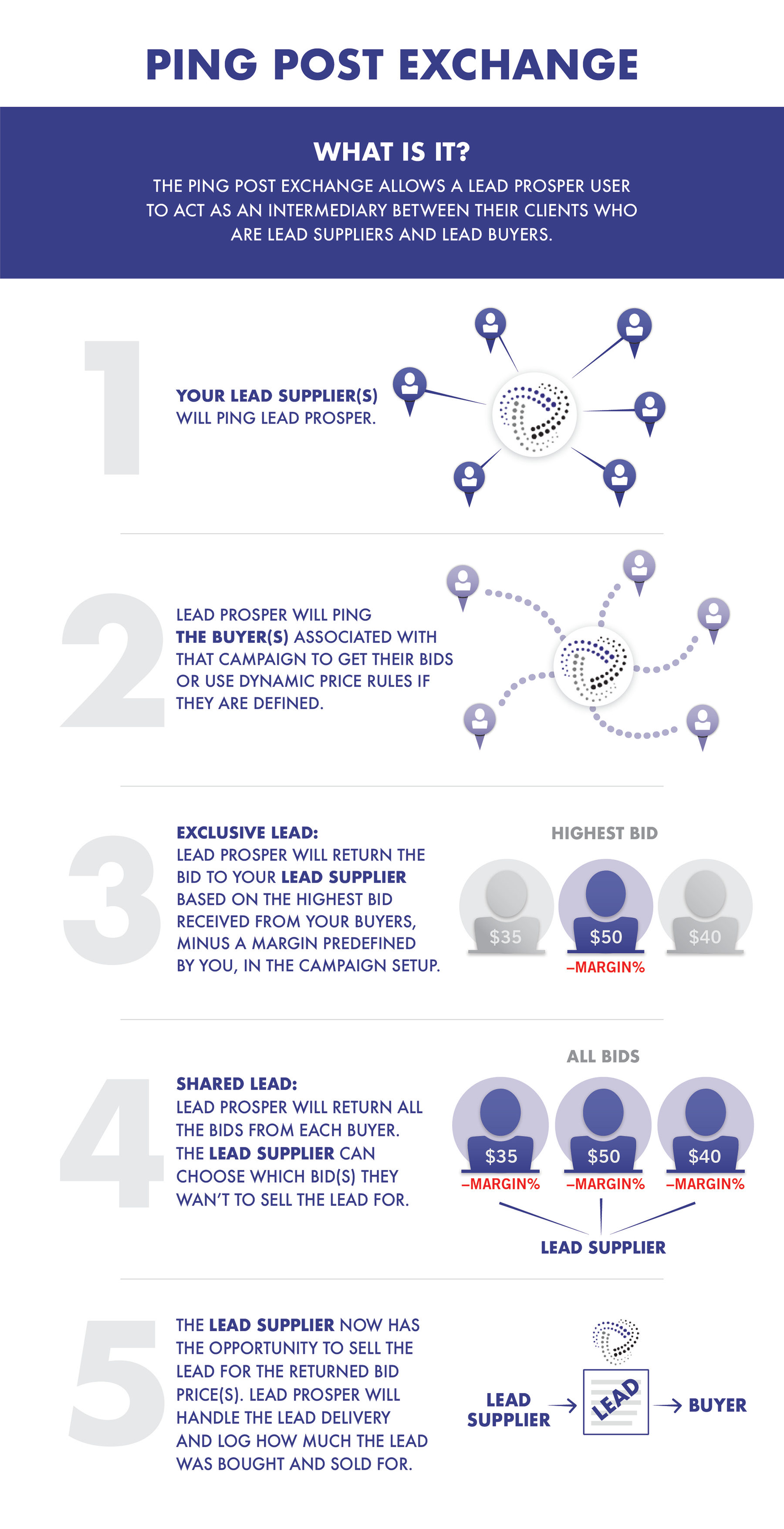 The Ping Post Exchange allows a Lead Prosper user to act as an intermediary between their clients who are lead suppliers and lead buyers.

How the bidding process works to determine the highest bidder in a Ping Post Exchange for an Exclusive Lead:

As you can see in the bidding example above, Buyer 6 has the highest  Bid After Margin (BAM) + Penalty applied, thus winning the highest bid. The Bid After Margin of $48.75 will be sent back to the lead supplier. If the lead supplier decides to sell the lead, the Lead Prosper user will purchase the lead for $48.75 and it will be sold to Buyer 6 for the raw bid of $75.00, earning the Lead Prosper user a margin of $26.25.

Above: An example ping response sent back to the supplier

Turning on: “Try all buyers until bid-breakeven point” (Exclusive Lead only)

Turning this feature on will attempt to sell the lead up to a breakeven point.

5. If for some reason the lead fails to Buyer 3, there are two more eligible buyers based on the Raw Bid(s). Buyer 5 has the next best BAM + Penalty and a Raw Bid of $55.00 which is >= $48.75, the original Bid After Margin, sent to the lead supplier and making them the next eligible buyer.

7. If the lead fails to Buyer 1, we’re out of bids with a breakeven point of $48.75 and Lead Prosper would return an “ERROR” response back to the l ead supplier saying the lead was rejected (example below).

Selling a Shared Lead on the Ping Post Exchange: 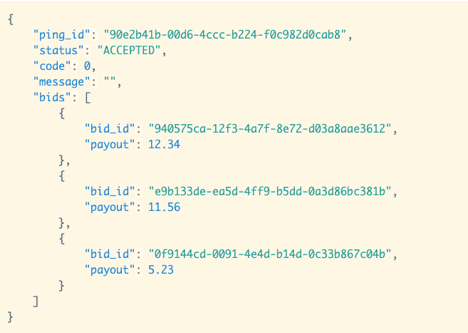